Born and brought up in London, Shirley Wright moved to Bristol when she got married and has lived there, on and off, for most of her life.

After graduating from university she taught French, but in recent years has been writing full-time. In 2007 she was short-listed for the Impress Prize for Fiction, and in 2008 was the national winner of the Telegraph Poetry for Performance competition, judged by Andrew Motion and Ben Okri. She has poems published in various magazines and also short stories in both the traditional medium and via epublishing. 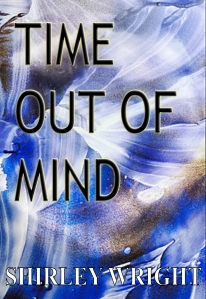 Faced with the apparent wreck of her life – two deaths which haunt her, a failing marriage and a soulless job – Rose Little flees London for Penmaris, a quiet country cottage where she plans to paint and take time to consider what to do next. But the cottage has other ideas and Rose is quickly drawn into the tragic disappearance of its previous owner. Obsessed with solving the mystery, will Rose manage to lay her own ghosts to rest in a place where past and present collide?

Available on Amazon and Kobo